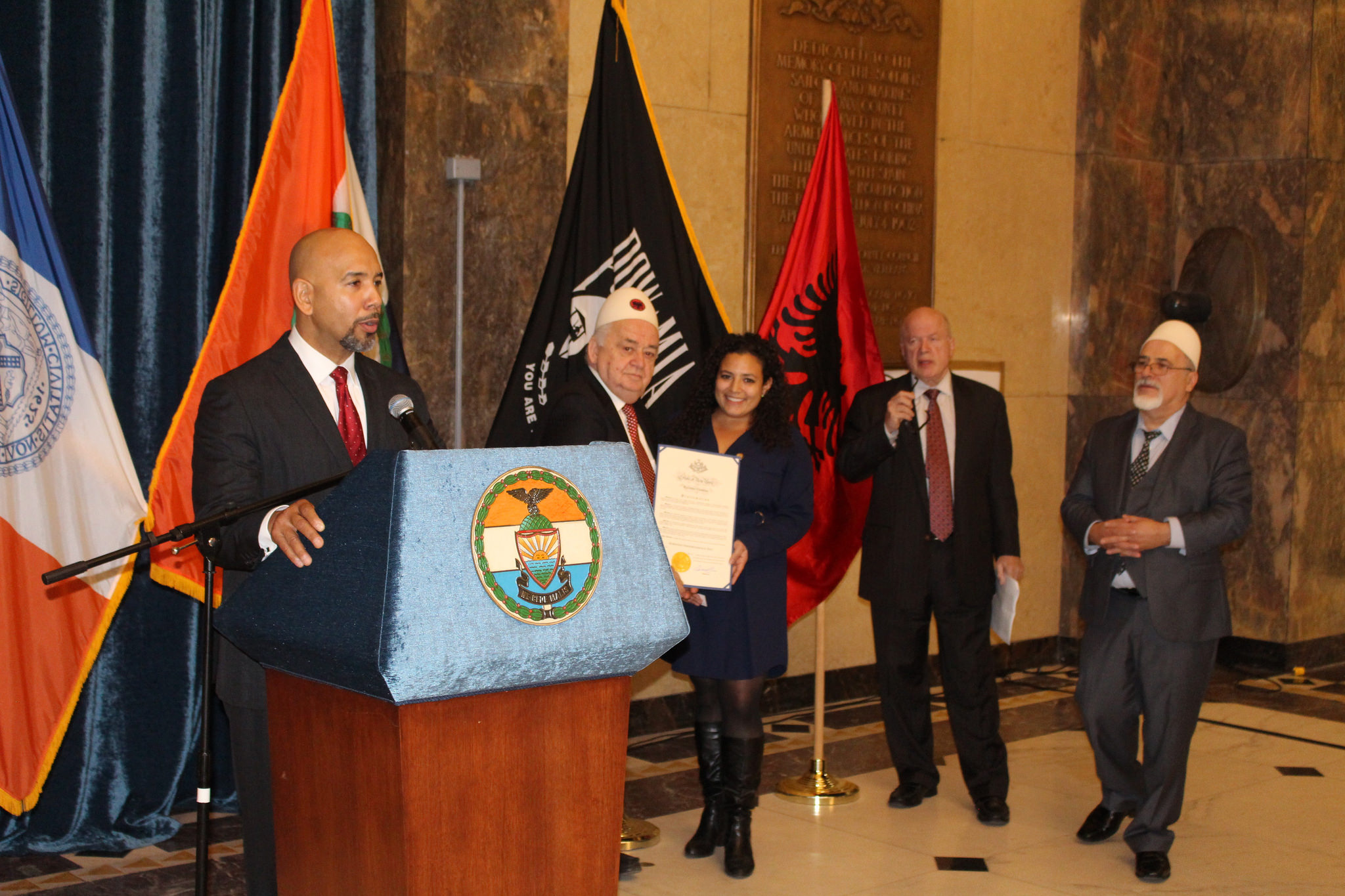 “The Albanian community has always had a strong connection to The Bronx,” said Bronx Borough President Ruben Diaz Jr. “As we celebrate Albanian Independence Day, I am proud to recognize several individuals of Albanian descent who have contributed to the ongoing success of our borough and our city.”

During the event, Borough President Diaz honored three individuals—Dr. Hasan Ademaj, Bajram Doka and Sander Çotaj—for their contributions to the civic life of The Bronx. In addition, three awards were posthumously accepted by the families of Ded Gjo Luli, Elez Ali Nezaj and Imam Isa Hoxha, all of whom are considered heroes in Albania.

The event was co-sponsored by the Albanian-American Society Foundation, the Sons and Daughters of Albania in America, the Albanian Community Center, Cakor Restaurant, Bella Pizza and TVALB.