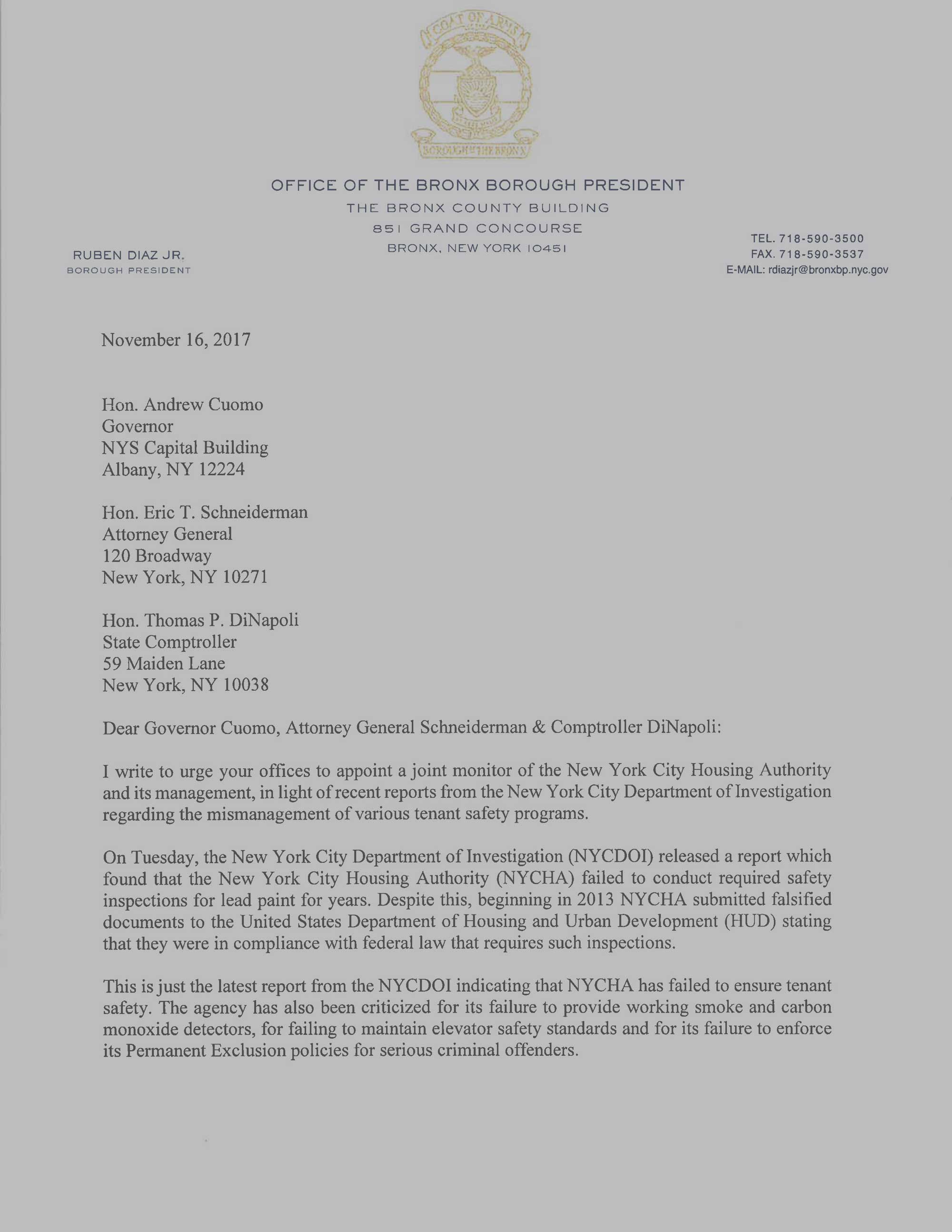 “More than 400,000 New Yorkers call our city’s public housing developments their home. This latest report only reinforces the mistrust that many residents already have in the New York City Housing Authority,” said Bronx Borough President Ruben Diaz Jr. “A State-appointed monitor is the only credible way forward to provide for the safety and well-being of our city’s public housing residents.”

Borough President Diaz’s letter comes on the heels of a damning report from the New York City Department of Investigation (NYCDOI) which found that NYCHA had failed to conduct mandatory testing for lead contamination within their apartments, but since 2013 has submitted false documents to the United States Department of Housing and Urban Development (HUD) indicating that all required testing had been completed and that the housing authority was in compliance with federal law.

Previous reports issued by the NYCDOI have found that NYCHA has neglected to provide working smoke and carbon monoxide detectors to residents, has not maintained elevators properly and has failed to prevent convicted criminals from living within public housing developments.

Read the full letter at http://on.nyc.gov/2zJt2Ox.

In its current report the NYCDOI calls for a monitor to oversee NYCHA, a position Borough President Diaz wholeheartedly agrees with. However, given the City’s current position supervising NYCHA, as well as the federal government’s apparent distaste for public housing and overall incompetence, the borough president believes that only the state has the ability to appoint a credible monitor to examine NYCHA at this time.

“The families who call our City’s public housing developments home deserve to be treated with dignity and respect. It is now plainly clear that a State-appointed monitor is the only way to make that happen,” said Borough President Diaz.