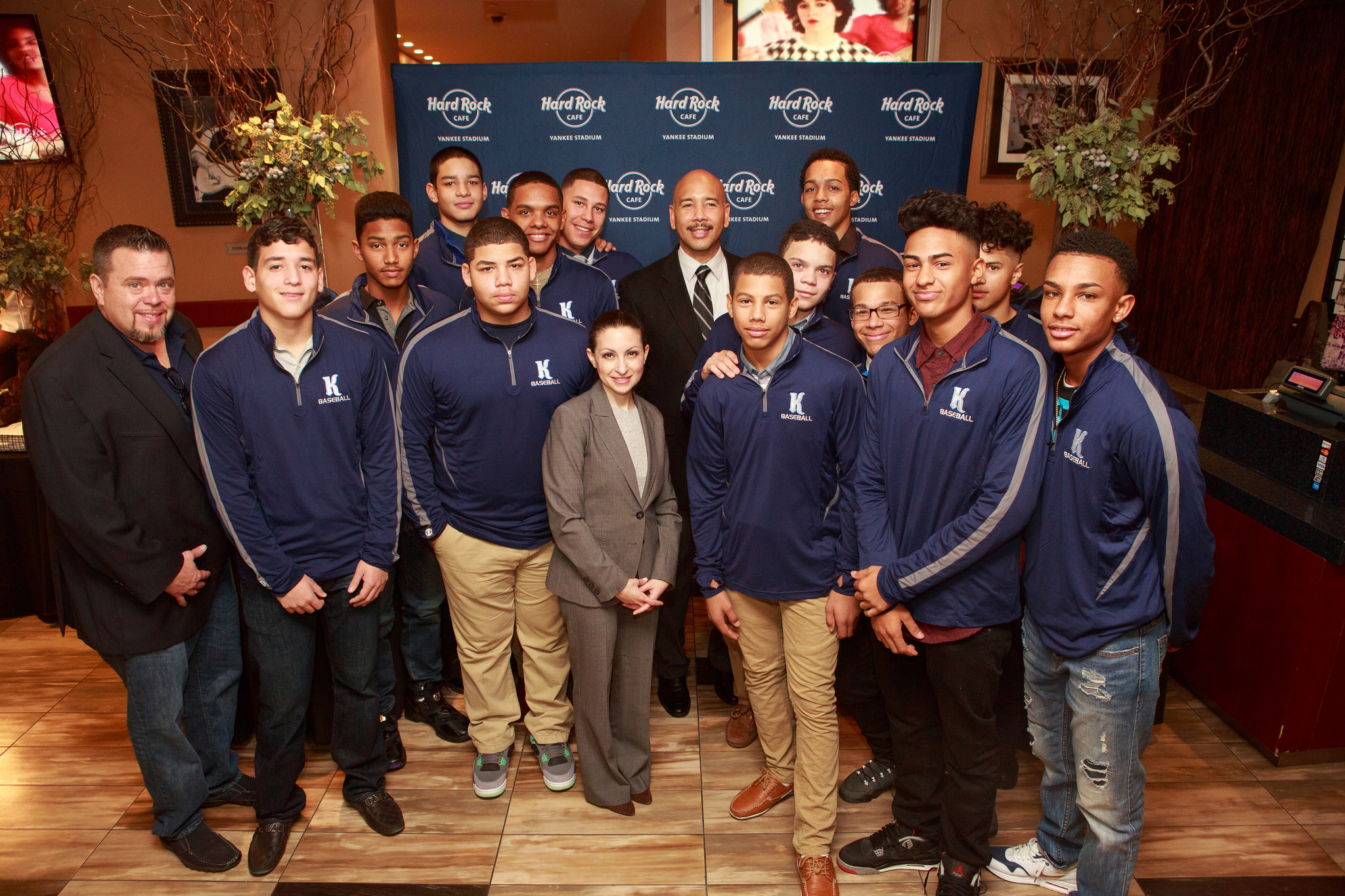 The celebration took place at the Hard Rock Café at Yankee Stadium and included players, their families and their coaches.

“Through this tournament, each year we are giving the youth the opportunity a chance to play baseball on a different level on the field where legends are born, Yankee Stadium. With these equipment grants, these teams are able to purchase new equipment and extend their resources, as well. I am proud to host this event each year and I am grateful to Marissa Shorenstein and everyone at AT&T for their continued support of the Borough President’s Cup Little League tournament,” said Bronx Borough President Ruben Diaz Jr.

During the event, AT&T presented each team with a gift card to Modell’s Sporting Goods–$2,500 for the winning team and $1,500 for the runner-up—to help pay for equipment for the upcoming Little League season.

“AT&T is honored to support a program that encourages kids to participate in team building sports activities, give back to their communities and maintain academic excellence,” said Marissa Shorenstein, President of AT&T New York.  “I want to thank Bronx Borough President Ruben Diaz, Jr. for allowing us to be part of this incredible program for the fourth year in a row and congratulate all of the players and coaches for their hard work and dedication this year, both on and off the field.”