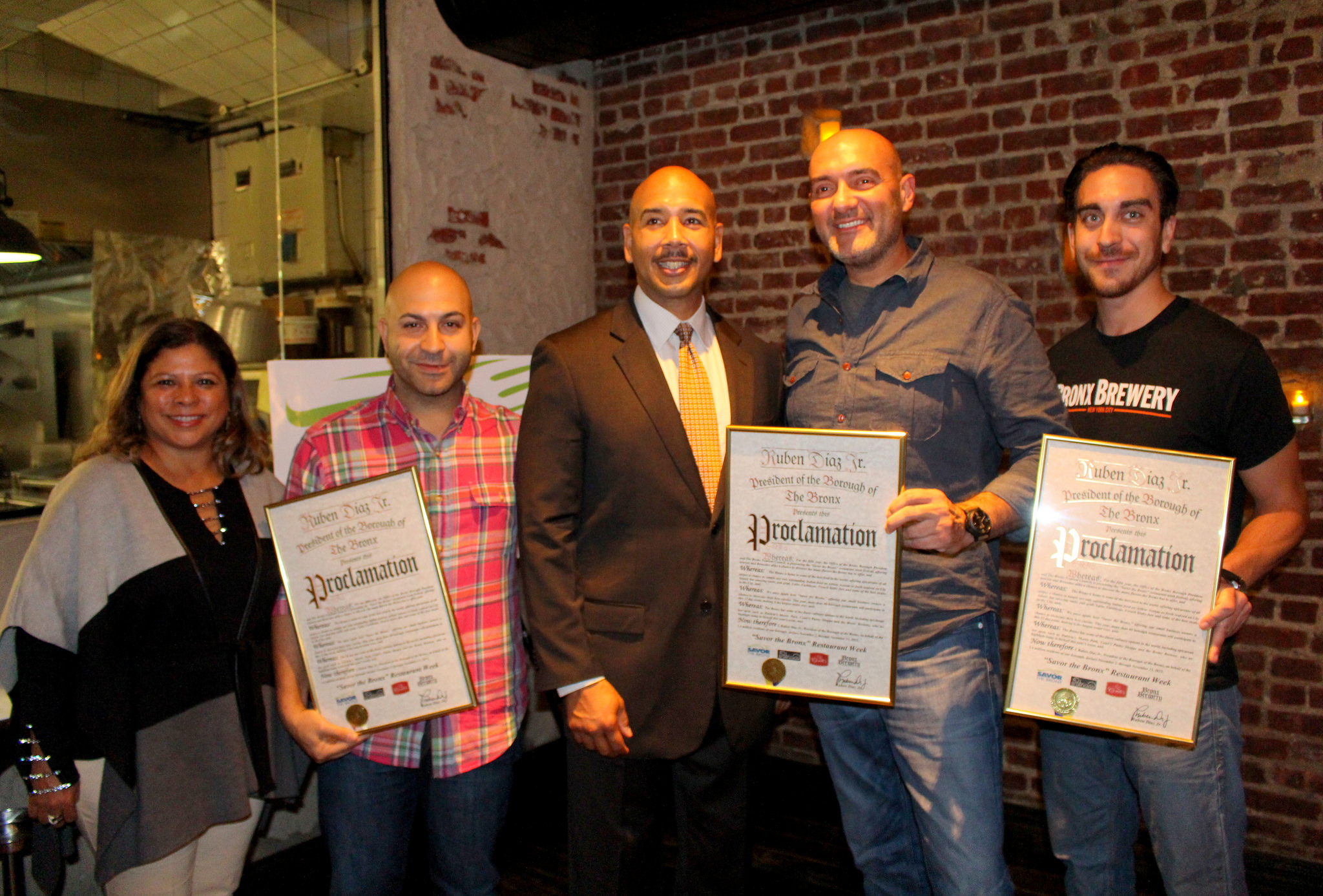 “I want to invite everyone to come and experience some of the many great flavors we have here in The Bronx,” said Bronx Borough President Ruben Diaz Jr. “Our borough has an amazing food culture, and ‘Savor the Bronx’ is a great way to explore our epicurean delights while taking advantage this 12-day promotional event and try something new. I invite foodies from not only The Bronx, but all over the region, to take advantage of this wonderful event and sample the many flavors my borough has to offer.”

“Restaurants play a big role in attracting tourism. That we have so many of our fine dining institutions participating in this year’s Savor The Bronx Restaurant Week is a testimony to how The Bronx has become a destination for visitors from all over the world,” said Olga Luz Tirado, Executive Director of The Bronx Tourism Council.

This 12-day event, which runs from November 2nd to November 13th, is the perfect opportunity to explore your taste buds at a various restaurants around the Bronx.  From Italian cuisine in Little Italy to seafood on City Island, from sushi in Mott Haven to burgers in Kingsbridge and everywhere in between, “Savor the Bronx” offers everyone a chance to enjoy the diverse flavors our borough has to offer.

Over 40 borough restaurants are participating in the 5th Annual “Savor the Bronx” Restaurant Week, making this year’s roster the biggest ever.