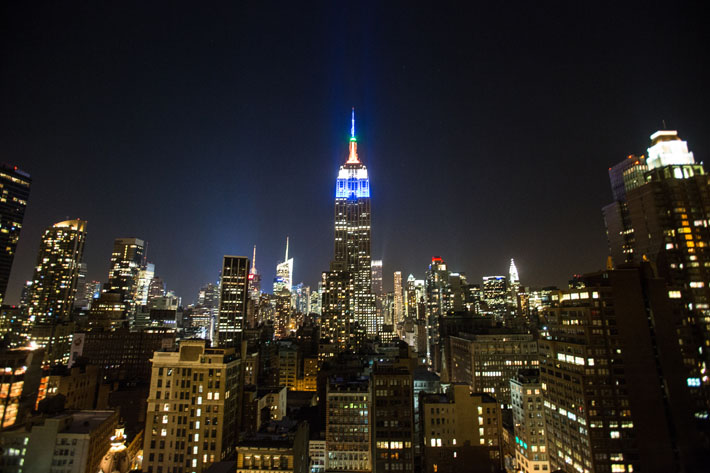 Today, Bronx Borough President Ruben Diaz Jr. was joined by elected officials as well as business and community leaders for his inauguration ceremony and the official kick off to Bronx County’s year-round centennial celebration.

The ceremony featured the swearing-in of the Borough President and the entire Bronx City Council delegation, a historical nod to the first swearing in that took place when Bronx County was created in 1914. Those attending were also encouraged to use the hashtag #bronx100 to discuss the event on social media, a nod to the technology of today.

“Today is a historic day. Not only is it the ceremonial start of my second term as Borough President of this great borough I love, but we are also marking a major milestone as we celebrate the first 100 years of Bronx County.  It is our time to shine and let the world know that the Bronx is rich in history, culture and diversity and this is what we are going to showcase in our yearlong celebration,” said Bronx Borough President Ruben Diaz Jr.

“The centennial affords us an opportunity to look two ways.  We look back 100 years to the origin of the Bronx County and the progress we have made since then.  We look forward to using our past advance as a springboard to the future,” said Bronx Historian Lloyd Ultan.

During the ceremony, Borough President Diaz and the Bronx Chamber of Commerce also unveiled a commemorative plaque celebrating the centennial.

“The Bronx’s Centennial could not have come at a better time.  What has been accomplished in the area of economic development in just the last five years will insure that the next 100 years provide our residents and businesses with a community where residents can work in their borough, receive excellent education and health care, our businesses will thrive, while tourists and visitors can shop and visit our sports many diverse sports venues throughout,” said Bronx Overall Economic Development Corporation President Marlene Cintron.

“This is an exciting time to be in The Bronx! The entire year will be dedicated to celebrating the last 100 years that have brought us to where we are today and we are anxious to share that with the world,” said Bronx Tourism Council Executive Director Olga Luz Tirado.

In addition, tonight the Empire State Building is lit in the colors of the Bronx flag to honor the 100th anniversary celebration of the creation of Bronx County.

Also, as part of the celebration, the office of Borough President Diaz partnered with the Legislative Gazette to produce a special edition celebrate The Bronx and its centennial. A PDF of that publication can be read at: http://on.nyc.gov/1adg7QY