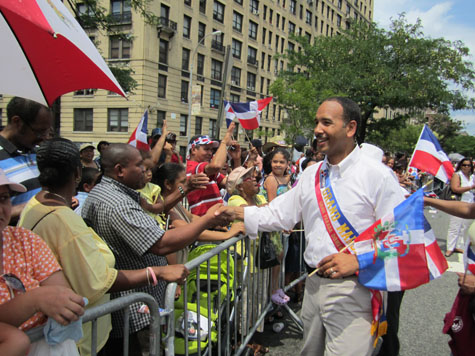 On Sunday, July 25, Bronx Borough President Ruben Diaz Jr joined by hundreds of Bronxites celebrated the 21st Anniversary of the Grand Dominican Parade in The Bronx, one of the largest parades in New York City.

More than 50 floats and over 2,000 marchers, including folkloric groups, marching bands, artists, elected officials and a variety of groups representing the Dominican culture and traditions, were part of this year’s parade.

“This parade is a great opportunity to recognize our growing Dominican-American population and their contributions to The Bronx and the entire city,” said Diaz Jr, one of the grand marshals. “They are a vibrant community that makes our economy stronger and with their traditions, Dominicans also add a lot of flavor to our borough.”