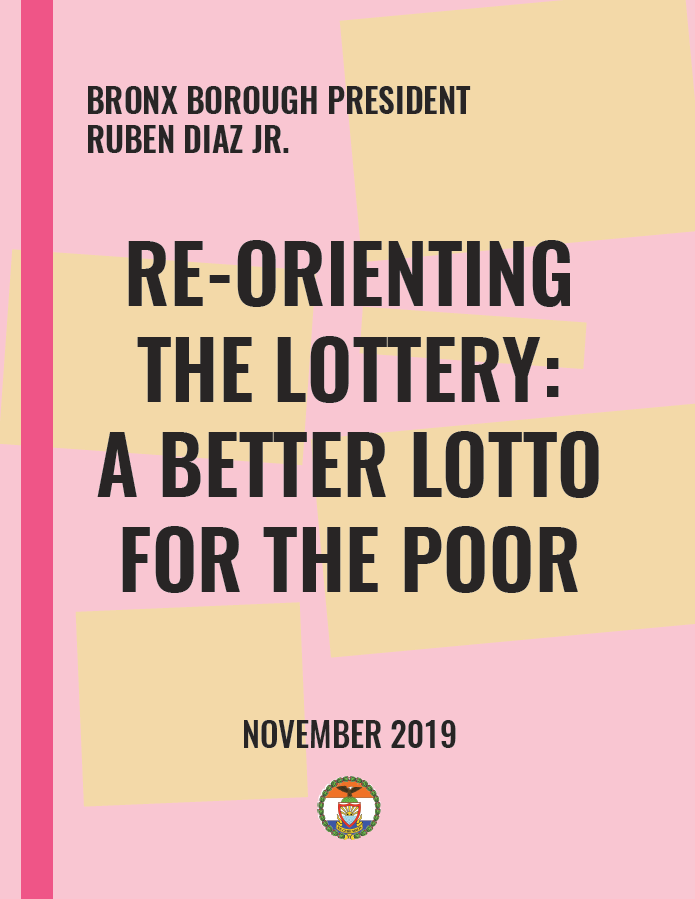 The report, titled “Re-Orienting the Lottery: A Better Lotto for the Poor,” provides four recommendations that aim to prevent the lottery from further disadvantaging the poor and to instead help these communities see the most benefit from the state’s lottery system.

“The lottery has grown exponentially since its establishment and the state regulations overseeing that sector must be adapted to how it exists today. We can’t turn a blind eye to state lotteries targeting low-income and minority communities and the systems should be changed to help limit the harm that vulnerable people experience because of them,” said Bronx Borough President Ruben Diaz Jr.

Recommendations discussed in the report include changing the allocation of lottery funds to further support students living in or near poverty, banning check cashers from selling lottery games, requiring the state to collect information about check cashers’ sales of lottery games and educating the public about the benefits of engaging with the traditional banking system.

“Low-income communities generate much of the lottery’s revenue but they don’t receive benefits proportionate to their patronage of the system,” said Bronx Borough President Ruben Diaz Jr. “That money should be spent to support low-income students with specific programs in schools that are aimed at the alleviation of poverty in both the short and long terms.”

A JPEG of the report’s cover can be downloaded at https://flic.kr/p/2hL4W6B.